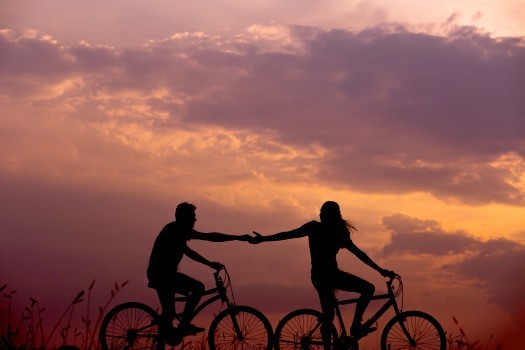 Think about a coworker you like very much, someone you enjoy. We’ll call her Sara. Now think of Sara as she walks by in an angry huff and says, “Leave me alone.” What would your initial reaction be? If you really do enjoy Sara, you’d probably think, “I hope she’s ok. She must be having a difficult day. I’ll check in with her later.”

Now think about a coworker you despise. Call him Bob. Think about Bob as he walks by you in a pleasant mood and says, “Have a great day!” What would you reaction be? You might think, “Ugh, he’s always so fake.”

Did the actual experience with either Sara or Bob really matter? Not really. Your reaction had little to do with the experience itself, but everything to do with your emotional posture toward Sara and Bob, and the meaning you chose to give each experience.

Troubled relationships gravitate toward Negative Sentiment Override; the tendency for a negative perception or interpretation to override a positive experience. This tendency is destructive in any relationship, but in marriages, it’s a killer. The negativity builds on itself until everything is interpreted negatively, and the relationship feels sapped of any positive interaction.

It’s vital to keep positivity alive and challenge the corrosive effects of negativity. To help fight back against negative sentiment override, I have a few suggestions.

Did you know a third of couples spend only 30 minutes of quality time together each day? I spend more quality time than that with my dog.

How do you expect to stay connected to someone with whom you never communicate, have fun, share, laugh, pray, cry, dream? Is it any surprise we grow distant, when we spend more time with our barista than our spouse? If you want positivity in your marriage, it will require an investment of time. As Neil Barringham has said, the grass isn’t greener on the other side, “it’s greener where you water it.”

Find time to tend to your marriage. Find time to spend together. If you want to stay connected, you must actually spend time connecting.

When a pattern of negativity is established, it’s very difficult to own your mistakes. Why? Because you’re wounded. And while you hurt, the last thing you want to do is go to your mate in vulnerability to confess the ways in which you have wronged each other. But this is exactly what needs to happen.

“Confess your sins one to another” is a good rule for relationships. It prevents problems from being swept under the rug, only to be brought up years later as emotional ammunition. Take responsibility for the wounds you’ve inflicted, and the part you play in conflict. Without confession, there can be no forgiveness. And without forgiveness, there can be no healing.

Let’s go back to Bob. One of the reasons you despise Bob is because he doesn’t listen. Talking to Bob is like talking to a wall. He’s present, but you can tell nothing’s getting through. He doesn’t seem to care and shows no interest. He puts in his time, until he can say what he wants to say, and get out.

Feeling unheard and misunderstood is painful. It’s not nice when Bob does it and it’s really not nice when our partner does it. We need the support and understanding of our partners. It’s vital.

To open the floodgates of positivity in your relationship, strive to show genuine interest in the stresses, up-and-downs, dramas of your partner’s world. Get engaged with your partner’s world and show empathy with your body language – maintain eye contact, tilt your body toward your partner, hold her, ask questions, put yourself in her shoes, imagine her experience, feel with her.

Nothing makes a person feel more rejected, than naked vulnerability followed by the sense you’ve been unheard and misunderstood. Strive to make your partner feel you hear them, you understand them and you’re with them.

Empathy is not a feeling, it’s an action; it’s something you do; it’s an intentional orientation and posture toward your spouse. And it’s one of the best ways to keep positivity and connection alive.

There is a right way to fight and a wrong way. The fight itself isn’t right or wrong – every relationship has the occasional fight. But the way you do it, can certainly be right or wrong.

I believe fighting is a sign of a healthy relationship. It’s often the relationships with no conflict I worry about. Zero conflict can mean the partners are checked out, they don’t care anymore. But if you fight, it may be a sign you’re in a struggle to keep the relationship alive. You’re seeking understanding and connection. You may just be going about it the wrong way.

Total eradication of conflict and disagreement is not a realistic goal for relationships. But healthy conflict management is not only realistic, it’s necessary. The implementation in your marriage of the skills needed to manage and negotiate conflict successfully will be the difference between fruitful, productive positive conflict, and destructive, wounding negative conflict.

In the same way Jesus served the Church, we are expected to serve our mates. Ironically, it’s when we get into a quid pro quo mindset that problems occur. “This for that” is a recipe for negativity and resentment. Choose to serve the needs of your mate and in doing so, find joy.

I meet many couples who prefer to view their partners as an extension of their own personality instead of as a unique individual. Disagreement is seen as betrayal. Otherness is seen as rejection.

Strangely, it’s often this very otherness which attracted you to your partner in the first place! The unique quirks, endearing idiosyncrasies, interesting viewpoints were all attractive while dating! Now in marriage . . . not so much.

Last year I read the story of a girl in New York who bought a wedding dress, rented a venue, invited family and friends, to marry, herself. I hope she and herself are happy, but most of us desire a fulfilling relationship with another. Which means we must respect the individuality of the other.

This may look like respecting the choices of the other, the friends, unique dreams, opinions, preferences, insights of the other and actually valuing them for what they are; an intrinsic part of the person you thought enough of to marry. The quickest way to kill positivity in a relationship is to communicate disrespect and contempt for the experience, story and personhood of the other. Your partner’s differences can be seen as complimentary to your own, or a challenge. Choose complimentary.

Your marriage can fulfill, reward and enrich or it can exhaust, impoverish and wound. In most relationships, there will at times be a little of each. But during the times of exhaustion, there must be something to carry you through to the other side – a general sense of positivity about the relationship which can override the wounds of the moment. My hope is that you begin to put these suggestions into practice and in so doing, feel more like you’re married to your best friend instead of that difficult Bob.